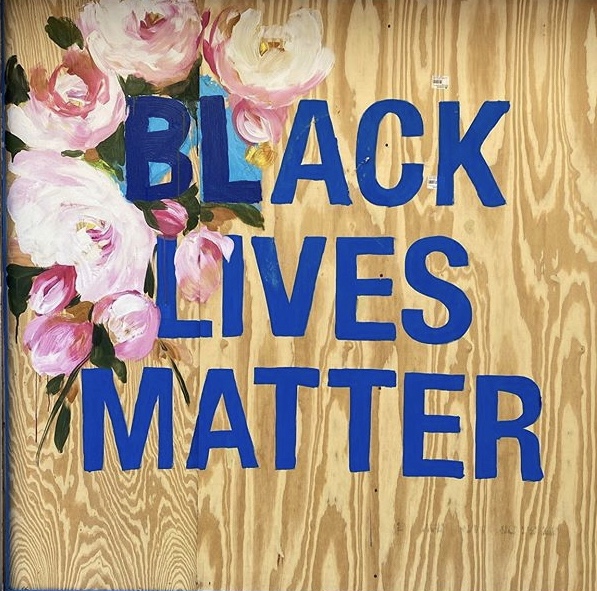 We stand committed to the Black Lives Matter movement and the quest to end police brutality. Police as we know it in Portland and the U.S. as a whole have been used as a tool to oppress black, indigenous and people of color, as well as those forced into the streets by the terrible lack of social support structures, for as long as any of us have been living in Portland — this personal lived experience goes back to the 1970s, but the oppression goes back much further. Oregon was, after all, designed by its first government as a white enclave. Ending police brutality and beginning to repair our social order means enormous upheavals in our systems. Portland’s police establishment is not fixable, as evidenced by the force’s statement on rejecting first amendment rights when they see fit*. We need to start over by investing in people first.

From Monday June 15 through June 30, all of our proceeds from coffee, tea and kombucha delivery, bike service, and art sold from Lizzy Kirby Art will be given to two non-profits supporting the black community: The Loveland Foundation and the Martha P. Johnson Institute. We intend to continue this donation period through the end of June. We are also making a personal donation to the Equitable Giving Circle, which supports local BIPOC families both through purchasing food from farmers from those communities, and by giving it in turn to urban families in need.

*While we were researching links for this page, multiple statements on the first amendment rights restrictions made by Portland Police came up as news articles, including a statement from current mayor Ted Wheeler from a year ago and a statement from the ACLU three years ago. Each photo we find shows police in force in riot gear advancing against protesters who are wearing no armor other than bandanas and occasional gas masks. Despite nearly 100-year-old worldwide restrictions against using tear gas in wars, and the United States’ very reluctant and relatively recent agreement to the ban in 1997, the U.S. has retained its “right” to use the tear gas on rioting prisoners and other riots; using the “riot” terminology seems to be the get-out-of-ethical-duty-free card for any organization. The Portland Police and its mayors have a regular and, recently, daily use of this card. It is past time to say “no more.”